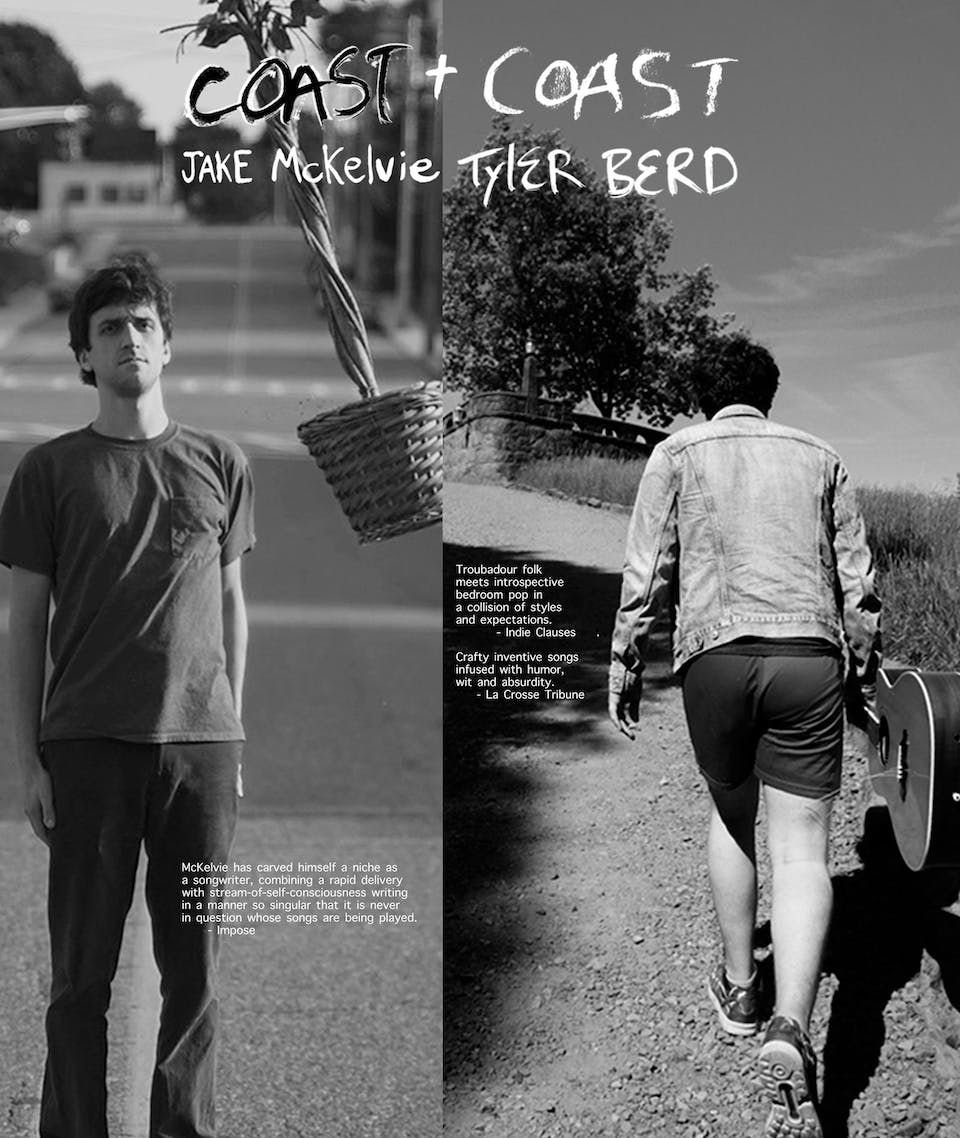 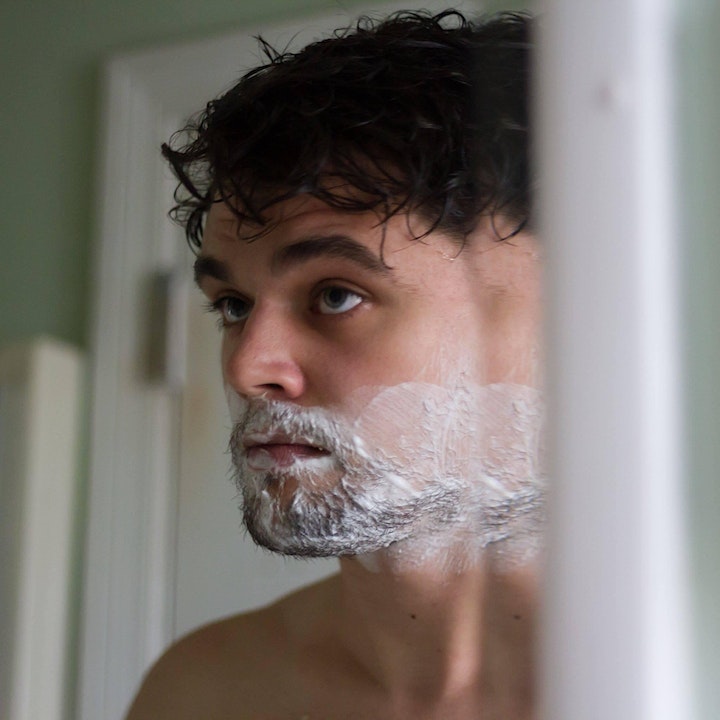 Tyler Berd sings seasick folk songs across a miniature nylon string guitar. His music is surreal and conversational, direct and rambling. He first scared up regional noise around Boston with the frenetic live performances of his alt-country band Bellwire. He now lives in Portland, OR, where he's just released a collection of tour recordings called Live Mixtape and a music video for his new single "Drugs in Heaven?" 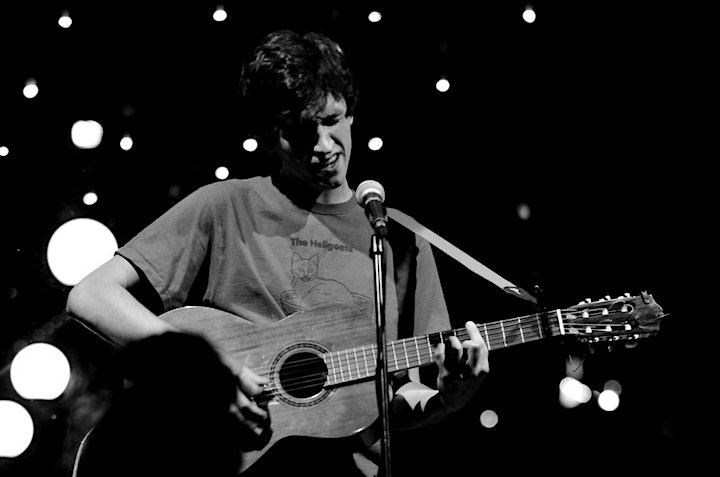 Massachusetts native Jake McKelvie has toured around the country both as a solo act and with his band, The Countertops. Jake's gifts as a fingerpicking folk guitarist and the real-life imagery, lovelorn stories, and wisecracking jokes in his lyrics have earned him a devoted fanbase around New England and beyond. 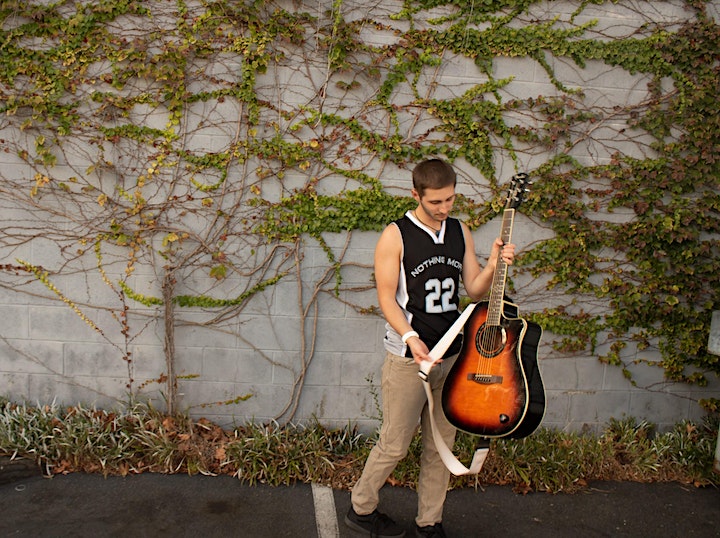 Jordan Telgenhoff is an alternative-rock songwriter and musician who was born and raised in Sacramento, CA.

Influenced by Ryan Tedder’s (OneRepublic) gentle, memorable melodies, and Chester Bennington’s (Linkin Park) fierce, dynamic vocals, Jordan has built a unique sound that captivates the ears of his audience. Combined with meaningful lyrics and melodies that make a lasting impact on any listener, Jordan’s live performances can keep anyone engaged while he has the stage.

Jordan’s desire to pursue music began when he picked up the guitar at 11 years old. As a teenager, he began studying music theory, which inspired his passion for songwriting. In high school, Jordan became the frontman and songwriter of alternative-rock group, Failed Diplomacy. After winning third place from their performance at The Crest Theatre (Sacramento, CA) through the Stairway To Stardom program, the band released two full-length albums and performed around Northern California. When the band split in 2016, Jordan fully concentrated on honing his songwriting craft, while studying the music business and classical guitar the University of the Pacific.

Currently residing in Los Angeles, Jordan is incredibly excited to perform and share his new music as a solo artist. Be on the lookout for new music very soon!