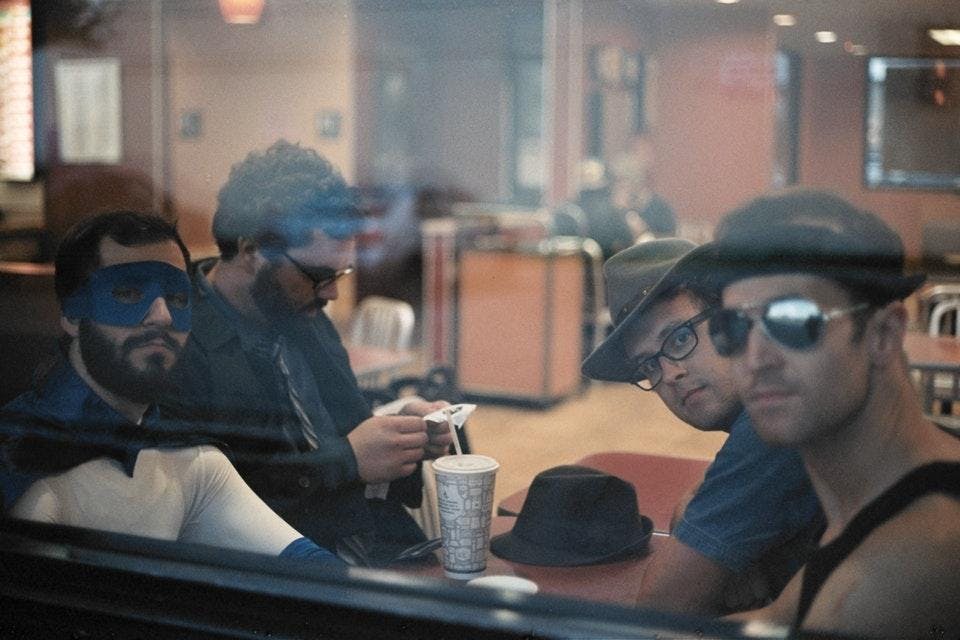 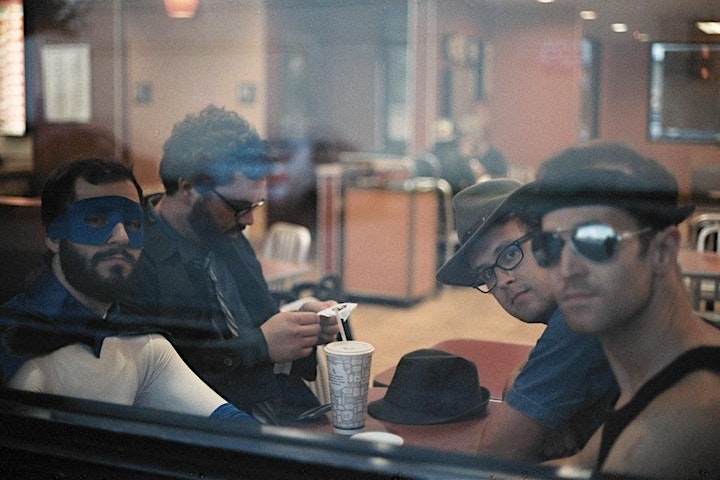 Farm-fresh fandangos from four flippant fools in the far-flung fields of film, politics, and lazy alliteration. When we’re not busy shadowing Avengers, shining shoes in Toontown, or swatting gadflies at town halls, we like to wallop the dead horse that is Rawk n Role ’til she goes a-waltzing matilda. Ever listen to KROQ during a root canal? Wear a Steely Dan shirt to a Slayer show? Take a chimpanzee to a Guitar Center? We just might be your favorite band... 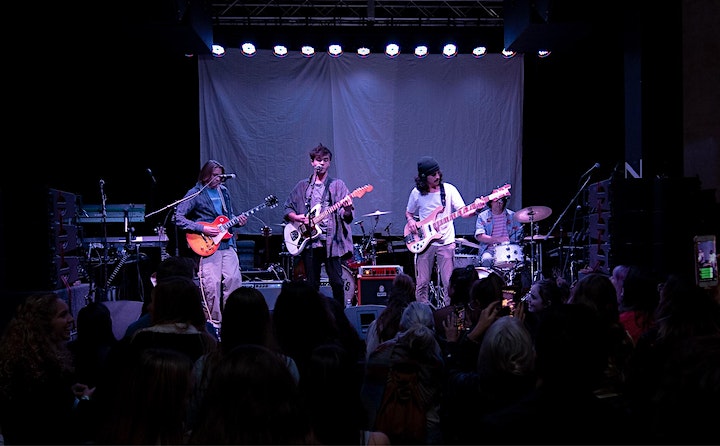 Orange, California’s North Morlan lay claim to an invigorating, rich indie alt-rock sound with touches of pop, funk, and groove. The band was formed in their University’s dorm by lead singer/rhythm guitarist Jason Taylor MacMillan, drummer Ethan Ganouna, bassist Naveed Farhadi, and lead guitarist Jack Kimber. The four played from backyard shows and house parties to the Constellation Room and the Moroccan Lounge, opening for the Mowgli's and Nombe. With new music on the way, the band is ready to the take the world for a gentle cruise through the seas of passion, love, and music. 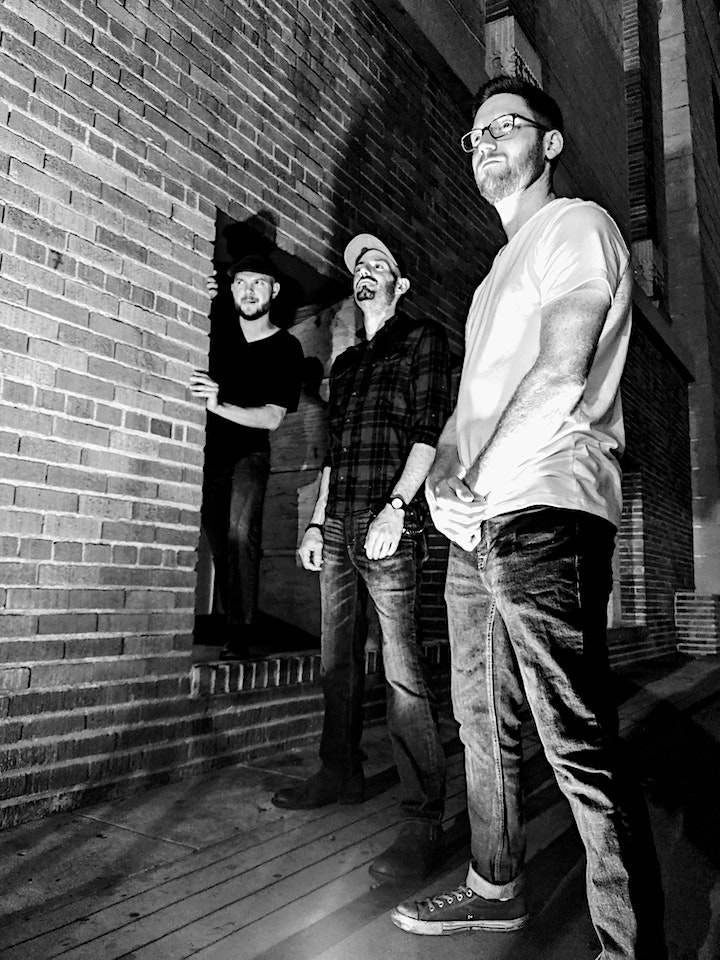 Cymos is a three-piece genre-morphing rock band from Los Angeles, California. Fusing odd-meter ethereal riffage with cyclonic grooves, Cymos is a catalyst to rise above the tedium and fathom the secrets of the universe. With influences like Black Sabbath, Mastodon, Rush, and Tool, we’ll keep you guessing on your head bobs. Cymos is Keith Arky (drums), Louis Boueri (guitar), and Russell Horvath (bass). 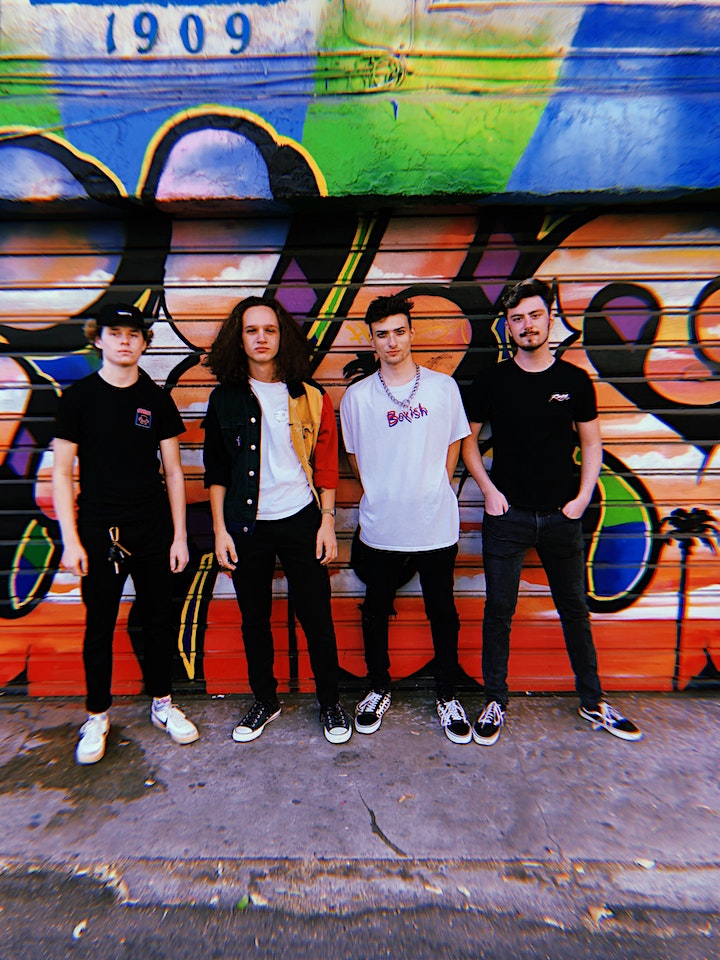 HVNTED is an American rock band, formed in Los Angeles, California, in 2016. Founded by vocalist and guitarist Will Swanson and lead guitarist Declan O’Raidy, the band is emerging from the Southern California Rock / Pop Punk scene, gaining notoriety for its high-energy live shows and connection with its audience. During their early work with drummer and producer Stacy Jones, the band was introduced to drummer Seamus Neal and bass player Jack Cotter. HVNTED has just completed an unreleased EP produced by Keith Nelson and is currently building up for its release. 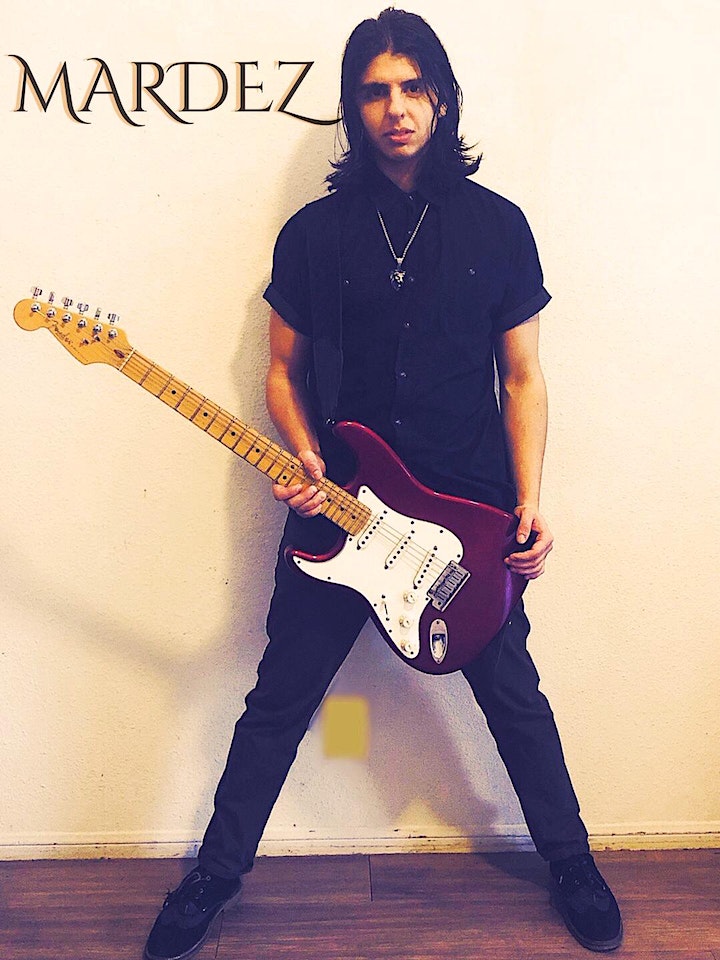 Mardez is an original funk, soul, and rock n roll band formed in Austin, TX by guitarist, singer, and songwriter Mario Hernandez (Mardez). Mario was born in Clovis, California. Three days after high school graduation he moved to Dallas, Texas. He lived across the street from a popular blues bar called The Goat. For two years, Mario spent 2 to 3 days a week there honing his chops playing with world renowned musicians. Mario then moved to Austin, Texas to play music professionally and attend the University of Texas at Austin. Upon forming his original group, Mario played in the backing band for Austin based soul singer JJ Jones and the Howling Coyotes as a guitarist. After a few months of consistent live shows at various venues with her, he began gaining positive reactions to original songs of his, that JJ would ask him to play. He then formed a trio group and decided to begin playing shows as an original band mostly in the entertainment district of Austin. The trio kept their soulful roots learned from JJ Jones and various Texas blues musicians such as Gary Clark Jr., Preston Wood, Tutu Jones, Perry Jones, Mark Newman, and Jamie Van Beek who Mardez has accompanied playing and jamming with. Mardez includes some traditional blues covers in his set to pay respect to the musicians he learned from. Although Mardez original songs are heavily influenced by funk, rock n roll, and Latin rhythms that create a unique blend of percussive dance beats, energetic bass lines, soulful vocals, and powerful guitar solos. Since the band’s inception they have played a great number of venues in Austin and with friends in suburban towns surrounding it.

Mardez strives for a true and live Rock N Roll lifestyle so that that spirit reflects through his music and in every show he plays.