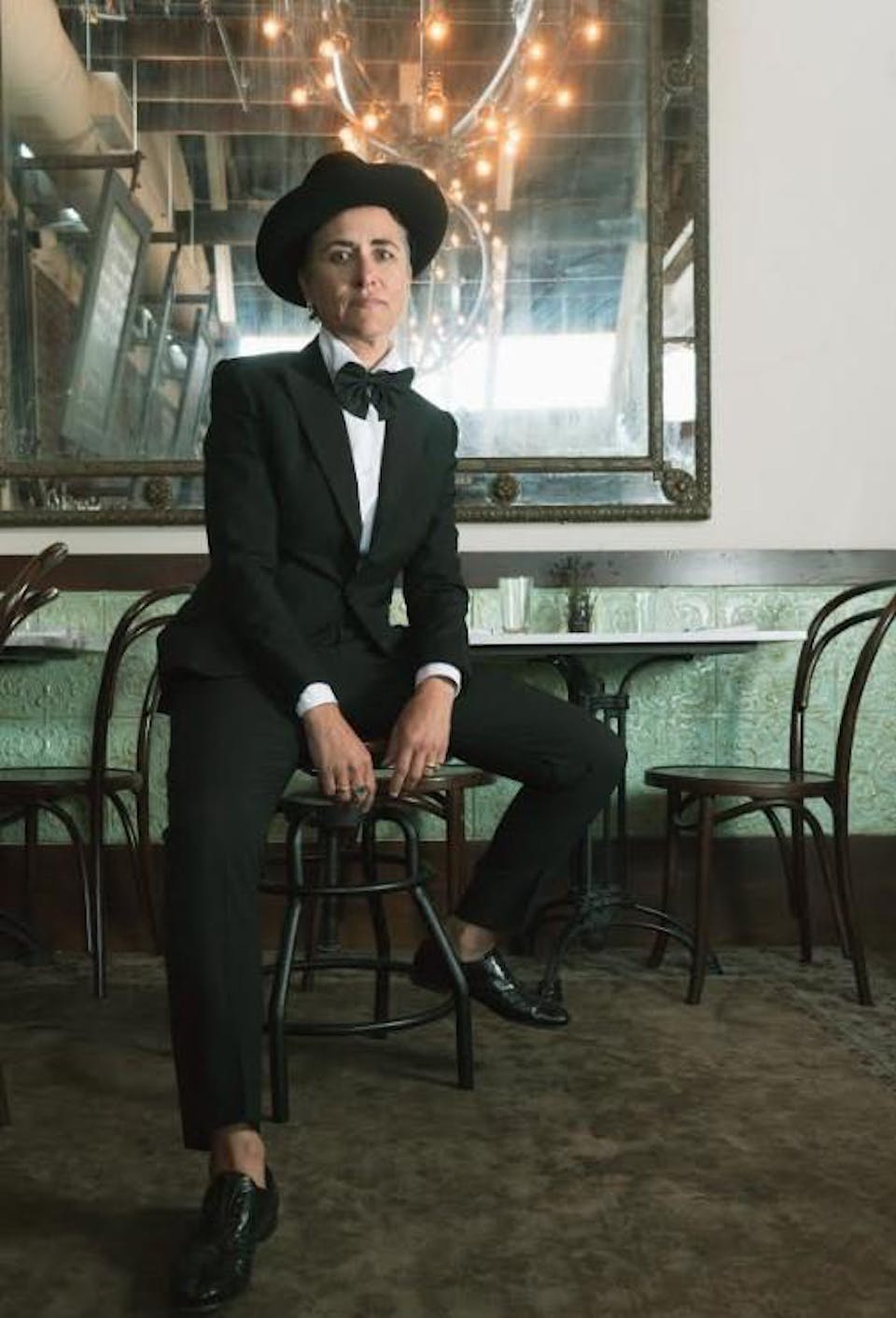 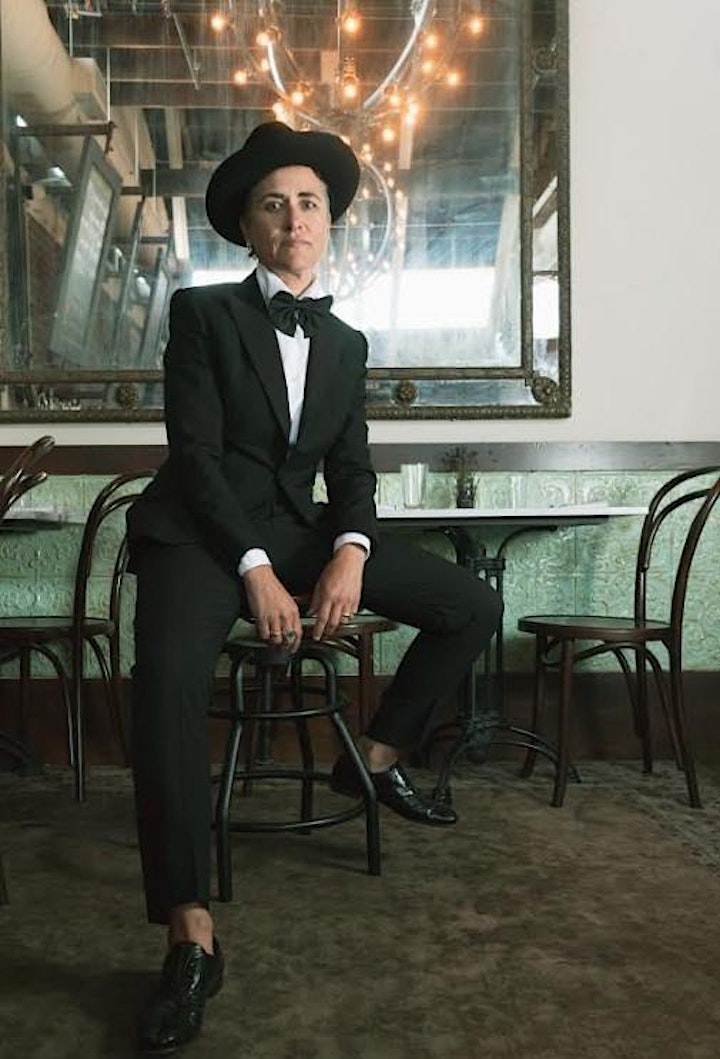 Tina Schlieske continues her genre- and gender-bending themes with her solo jazz vocal project, Sinatra to Simone, which she debuted in 2018. A counterpoint to her recent punk project Genital Panic, Tina’s intimate supper-club show features torch and swing music from jazz’s golden age. Dapper in a tuxedo, with an upswept pompadour, she croons the romantic classics we remember from a past that seems almost impossibly distant. The show upends expectations by reframing songs from a woman’s point of view, allowing our nostalgia to come into line with what we understand about the misogyny of that era and our own, while still luxuriating in the idealism and romanticism of what seemed like simpler times. Tina was drawn to jazz as a way to challenge her own range and capabilities. Experimental forms that require venturing out of her comfort zone is a theme in Tina’s recent work, and what she explores informs all of her creative endeavors. 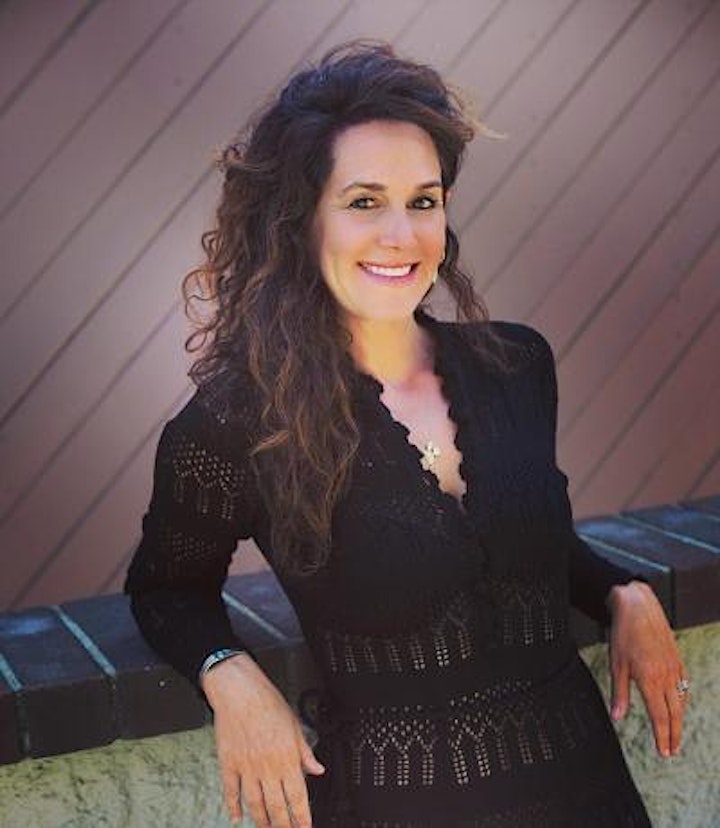 Los Angeles singer, songwriter, activist and spoken word artist Brooke Benson just released her Debut EP, "I Am The Sun". Her roots began in theater where she graduated from UCLA school of Theater and later progressed into activism when she began writing her own form of social commentary, and matters of the heart, in the form of spoken word poetry. Her musical collaboration formed organically by playing live with Violinist, Composer Chris Murphy and an ingenious troupe of captivating Musicians. Her inspiring lyrics weave a tapestry of human emotion through rhythmic song, words and vivid imagery.Brooke's album, "I Am The Sun" features her poetic style lyrics blended with world-class musicians orchestrating a unique storytelling experience. Combining jazz, hip hop style beats, combined with bluegrass elements, Brooke and her project have been described as “A brilliantly unique artist and a really well captured album. Absolutely worth discovering.”https://stereostickman.com/reviews/brooke-benson-i-am-the-sun/ - Stereo StickmanThis eclectic collaboration also features Michael Jerome on Drums(Richard Thompson, Better then Ezra) Andreas Geck (Kelly Clarkson) on Bass, Guitarist Eric Mcfadden(George Clinton and Pfunk) and drummer DJ Bonebrake( X) Nate Lapointe on Guitar and Chris Murphy(Teahouse Music) on Violin/Mandolin who also co-produced the album. Brooke uses the power of words as a tool for shining light on vital social issues and conscious awareness. She gained recognition for a piece she wrote for Marianne Williamson's 2014 campaign for US Congress and performed at a few events alongside the author and Presidential Candidate. Brooke has curated and participated in events that have benefited charitable organizations including Doctors without Borders, Art of Elysium, and UNICEF.