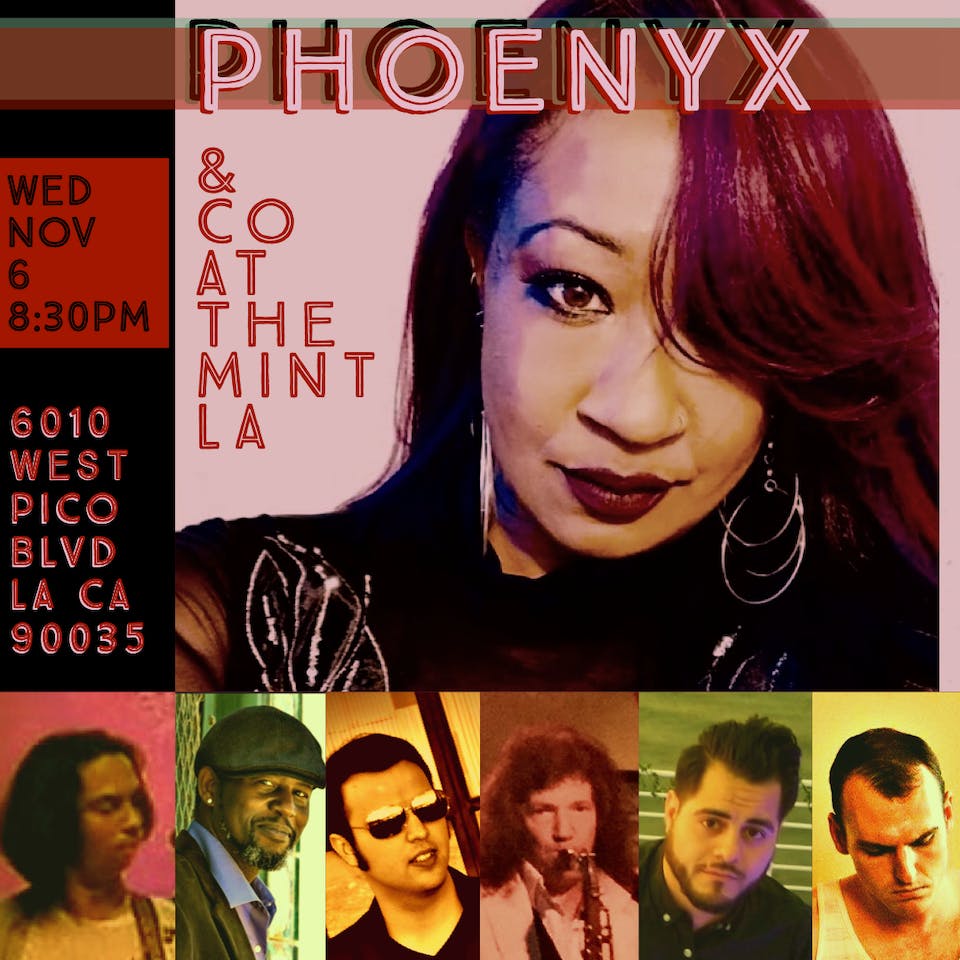 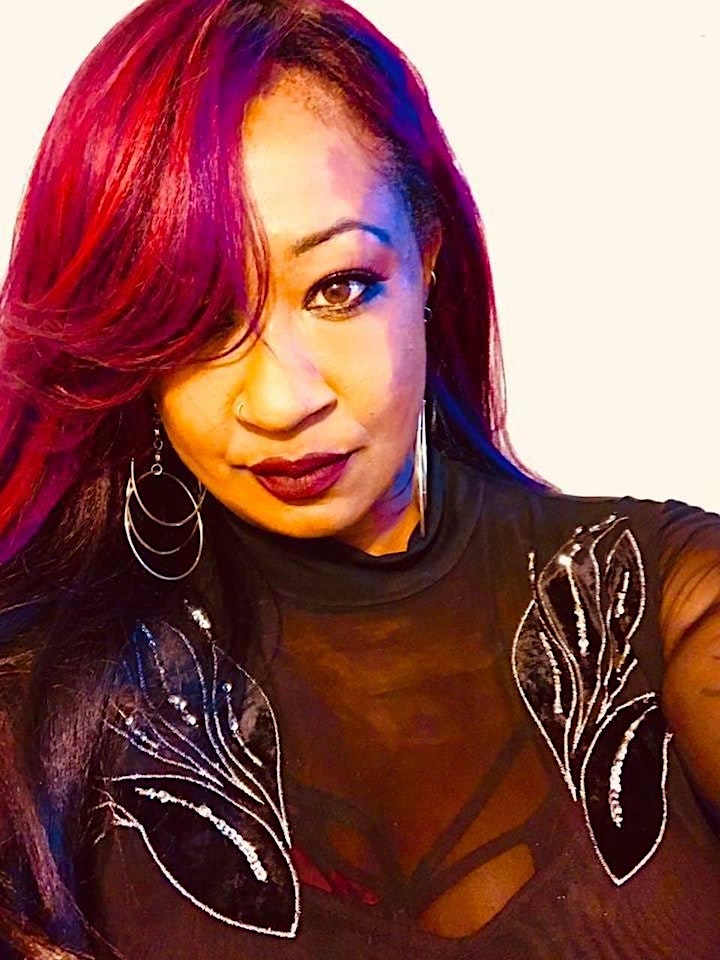 Phoenyx is a performing artist from Long Beach, California. Her bold, daring vocals and exuberant energy prove she’s meant for the stage. A strong, soulful presence in the band circuit, Phoenyx manifests as a singer-songwriter, channeling her artistry through her vibrant presence into an original blend of soul, jazz, and funk.Born in the strife and struggle of the inner city, a flower blossomed in the rich, sultry voice of the Phoenyx, rising from the ashes to offer the world a powerful message of love that has spread like wildfire. With a spirit that’s always searching for new sounds, her music is a refreshing experience for all to witness. From years of crafting her art in theaters, bars, and lounges of Los Angeles to the festival stages, Phoenyx is reaching new heights with every performance. Come enjoy the soulful sound of Phoenyx accompanied by Liam Coats, bass; Kevin Sticht, percussion; and Gabriel Ambrosius; guitar; Marcus "Chowdy" Chavez on backing Vox and Chad Bishop Backing Vox and Trombone. 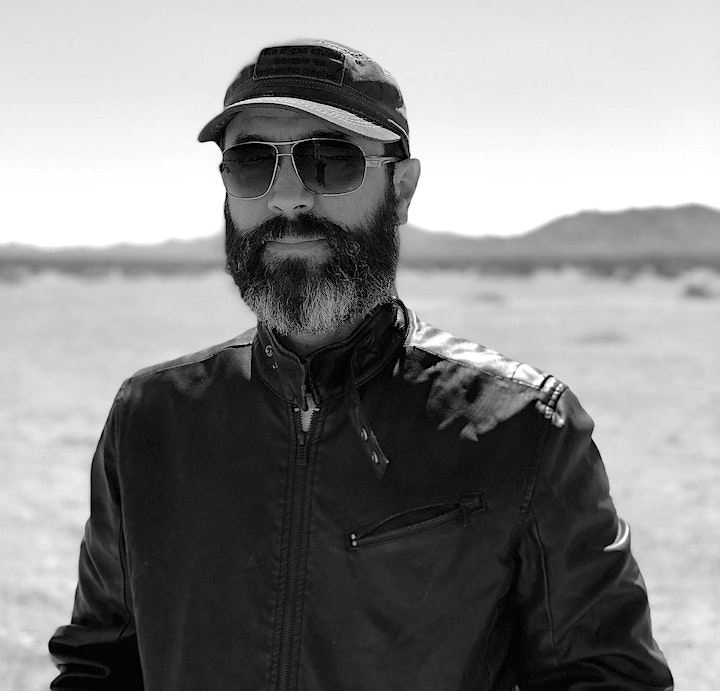 Vatomico is a project created from the need to create a musical contrast between classic and electronic. Based in Los Angeles, California, Vatomico is an instrumental project that plays “Electrojazz” and mixes electronic music with funk, mambo, and jazz. The sound produced by the bass, sequences, sax, and keyboards goes from Avalanche and Kinky, to Coltrane and Mingus. Their shows, with songs composed mostly on their own, offer a tremendous display of energy and improvisation, where the keyboards and sax gain the spotlight, supported by a solid rhythm section that doesn’t disappoint anybody. 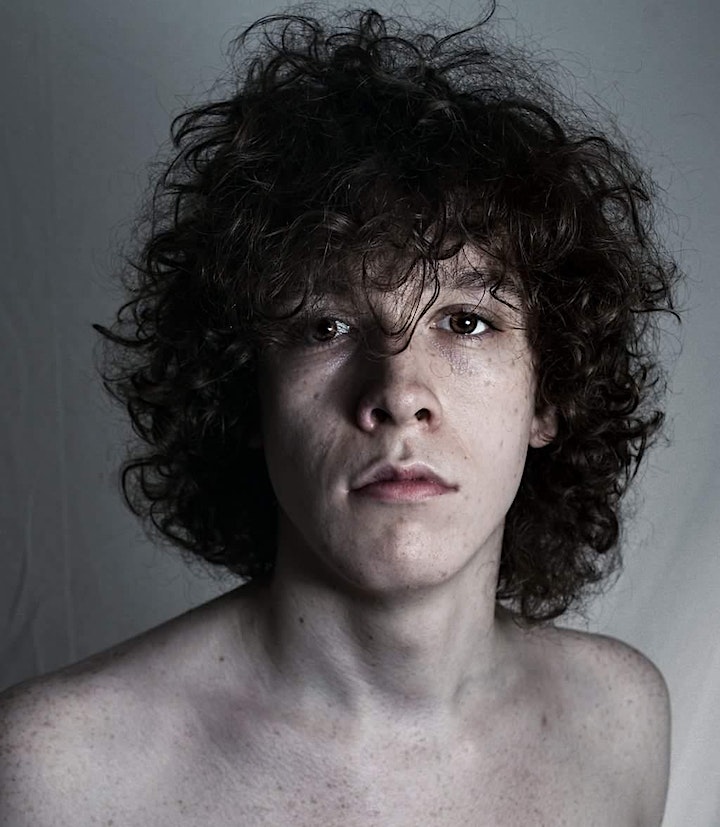 Danny Henry is the final bastion of rock and roll, the last American Cowboy, a true sexual visionary, and he has been described as , "Someone who makes Jerry Lee Lewis look dull." A Connecticut native, Danny is the most sensational off-vaudeville performer since Andy Kaufman. An illustrious songwriter, Danny has been named, "New England Artist of the Year", by the Deli Magazine. Known to open up concerts with anything from petting zoos to funerals, Mr. Henry is an explosive ball of entertainment, riding his own circus train with a lust for all that is spectacular. With a new album set to be released this December, Danny comes backed with an onslaught of new songs to share with the world. He did not move to Los Angeles to whisper. And there is a reason why people question whether or not Danny Henry Is Real. Experience the wonder for yourself, pack an extra pair of underwear, and prepare to be entertained.