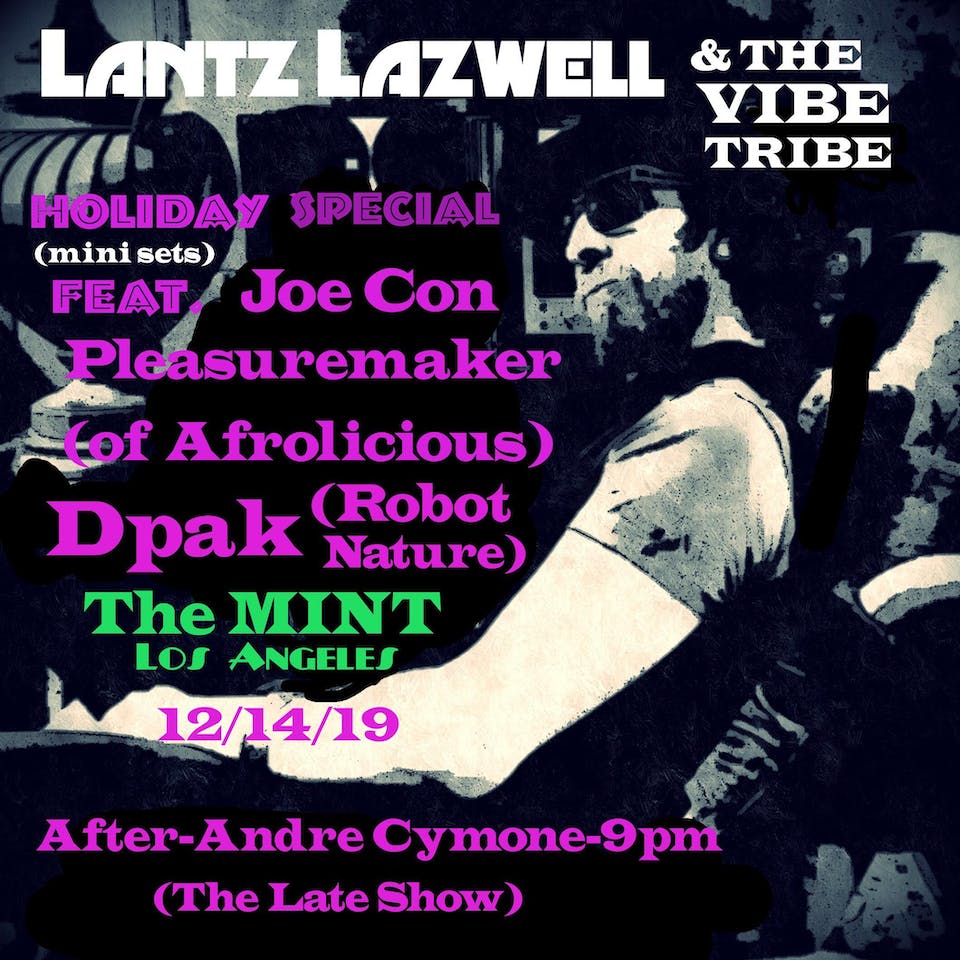 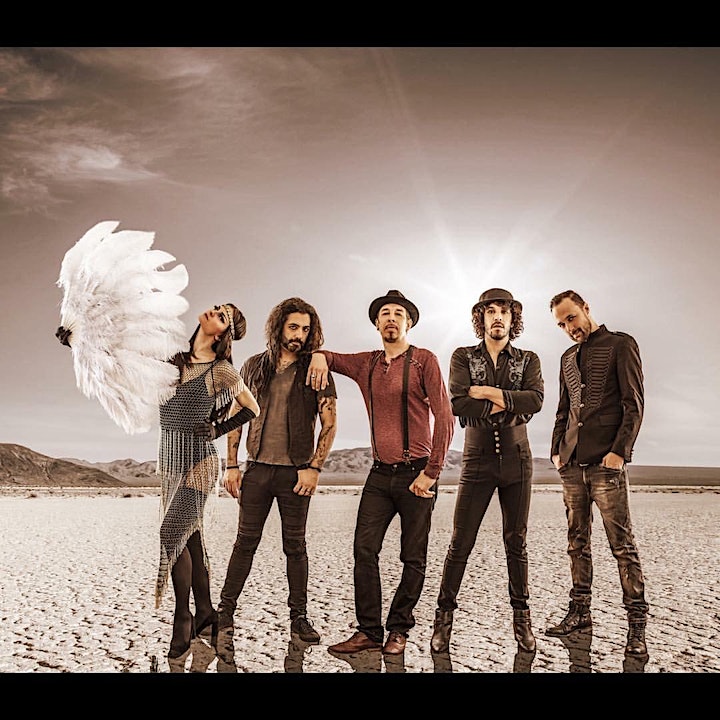 Lantz Lazwell is a singer/songwriter and multi instrumentalist from Los Angeles, CA. He’s not only been a national touring artist sharing the stage w such greats as George Clinton and Funkadelic, Cyril Neville, Bernie Worrel, Stephen Perkins ( Janes Addiction), Angelo Moore & Norwood Fisher (Fishbone), Eric McFadden, but also was the winner of a Los Angeles Music Award for "Best Rock Male vocalist " in 2007. His new project "Lantz Lazwell and the Vibe Tribe", fuses Elements of Funk, Rock , and R&B paired with soul drenched vocals and lyrics only Lantz can deliver. Also bringing in hints of EDM, and electronic instruments, paired with dancers and circus arts; he can create show that is truly like no other! This uniting of Live, digital art, & performance art to their stellar grooves, is an immersive one of a kind experience. They’ve been captivating audiences across the nation, and leaving a trail of new found fans wanting more. A music festival staple, Lantz Lazwell & the Vibe Tribe bring the groove and funk based anthem back into your heart & rock you right. The new record " Counter Clockwise", features George Clinton, Stephen Perkins, Norwood Fisher, and Eric McFadden. It due out in Spring of 2020.

Pleasuremaker is a party starting ball of energy in addition to being a prolific songwriter, singer, multi-instrumentalist, producer, band leader and dj. When he performs, writers or records he brings an uplifting and soulful blend of Electro, Organic, Tropical, Disco, Funky, and high energy sounds that keep folks dancing and wanting more. He always delivers large on great times and has audiences coming back for more original music, live performance, events and more of the soulful music. As founder of Afrolicious Joe Mcguire has led that project from a weekly residency at the famed Elbo Room in San Francisco 2007-2014, to it becoming an original recording project that was produced by Thievery Corporation and on their label to a full on touring band. Afrolicious is coming off a spectacular 2018-2019 that saw several game-changing releases including their single, “Love Shall Remain” and the EP “World of Possibilities”, as well countless electrifying shows at major venues and festivals around the United States. Fans around the country and around the world are discovering the party that took over San Francisco and the Bay Area for more than five years. The Afrolicious live experience is, in a nutshell, a joyous and raucous celebration of life. The Afrolicious sound combines inspiring lyrics, funky bass lines, and a powerful horn section while retaining the soul and feel of classic funk, disco, Latin, and Afrobeat melodies. Audiences looking to dance, be inspired, or celebrate life have found Afrolicious as their perfect conduit.Since the release of their first two EPs which were produced by Rob Garza of Thievery Corporation, the reputation of the band and founding DJs Pleasuremaker and Señor Oz have grown and they have performed everywhere from Red Rocks, Burning Man, The Fillmore West, and Greek Theatre in Berkeley, to High Sierra Music Festival, Lightning in a Bottle, Electric Forest and Wakarusa festivals.

It should come as no real surprise that artist & musician Joe Con calls himself The Word Made Fresh. As a prolific writer and captivating performer, the Los Angeles based, Kentucky born MC, singer/songwriter, producer & multi-instrumentalist fuses elements of hiphop, pop, folk, rock & blues with soulful authenticity and fearless self-reflection. The results are by turns gritty and graceful, rapidly spat or sung in whispers & wails. Always thoughtful & emotionally evocative, Con’s work is that of a masterful artist at home in his own skin and nonetheless constantly evolving. Each song in his expansive catalog offers further proof of his unique power to transform himself & elevate his listeners. Now, Joe Con is poised to bring his powerful music and message to a worldwide audience.

DPAK, also known as "The Other Deepak", is a virtuoso singer, composer, multi-instrumentalist, actor, dancer and record producer known for evoking extraordinary experiences in listeners of all kinds. Singing, dancing, and playing violin since age 4, Deepak lends his immense talent to elicit a remarkable range of emotion, from soul-centered meditative bliss to ecstatic jubilation, inspiring his listeners to go beyond the ordinary and access transcendent states of emotion and energy. He is currently the lead singer and violinist for the pop/rock/electronic group Robot Nature. He also still tours with his indie-rock band The BOLT, as well as his world music project, Breath of Life Tribe. As a freelance musician, he has also played with great talents such as India.Arie, Rihanna, and many others