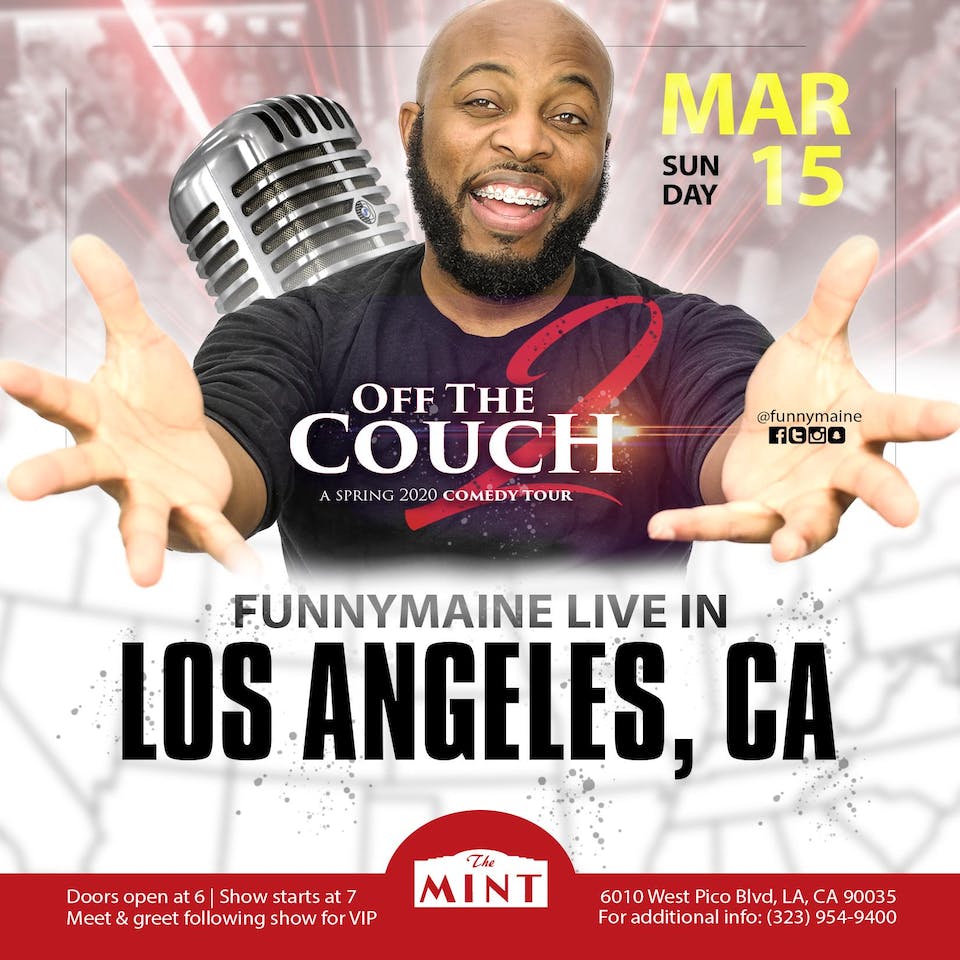 Funnymaine’s Off the Couch 2 Tour - Live in Los Angeles

Johnson’s web series and other online media keep his 800,000+ followers and millions of people around the country laughing every day. He recently sold out shows in Los Angeles, Chicago, Washington DC, Charlotte, Houston, Atlanta and more. His Off the Couch 2 tour features Johnson headlining these and other cities as his reach and influence continue to grow.