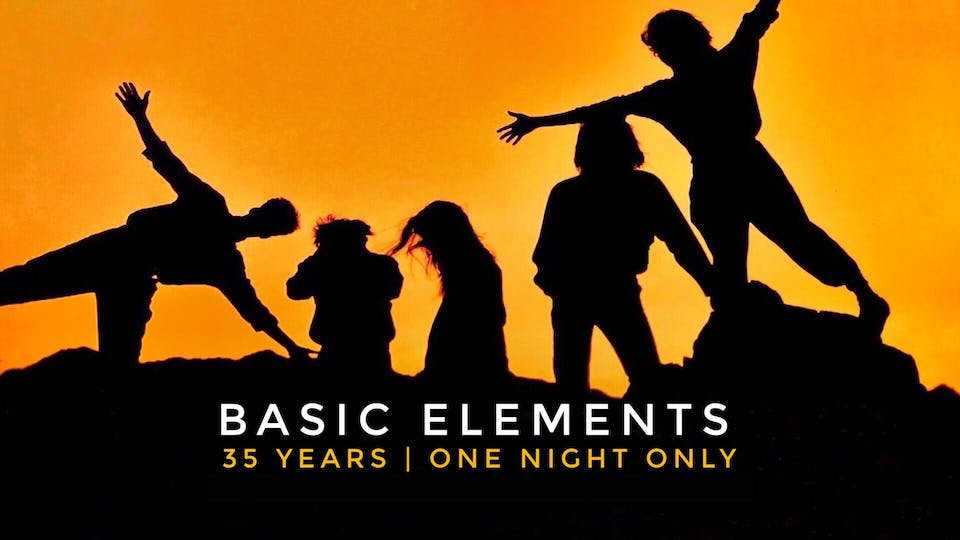 iCal
Google
In celebration of Jonathan's 50th Birthday, Basic Elements reunites for one night only at The Mint!

Basic Elements is the greatest 80’s band you’ve never heard of — but for those who grew up in Phoenix, Arizona, between 1984 and 1990 with a penchant for new wave music and Aquanet, they were legends. A cross between Simple Minds and Echo & the Bunnymen, the band made a name for themselves playing hundreds of gigs in Valley bars, dancehalls, nightclubs and the backyard of any teenager whose parents were out of town. Playing mostly original material, Basic Elements headlined several of their own shows and opened up for a few seminal 80’s acts like The Bolshoi and Gene Loves Jezebel... all while maintaining an average age of just 17-years old.

Now, to mark the 50th birthday of founding member, Jonathan Goldman, Basic Elements is reuniting for a one-night show. Performing a selection of their favorite originals (and a few choice covers) the evening promises to be a celebration of life, love, friendship and a mainline hit of pure, uncut 1985.